And one step leads to the other …

HomeAnd one step leads to the other … 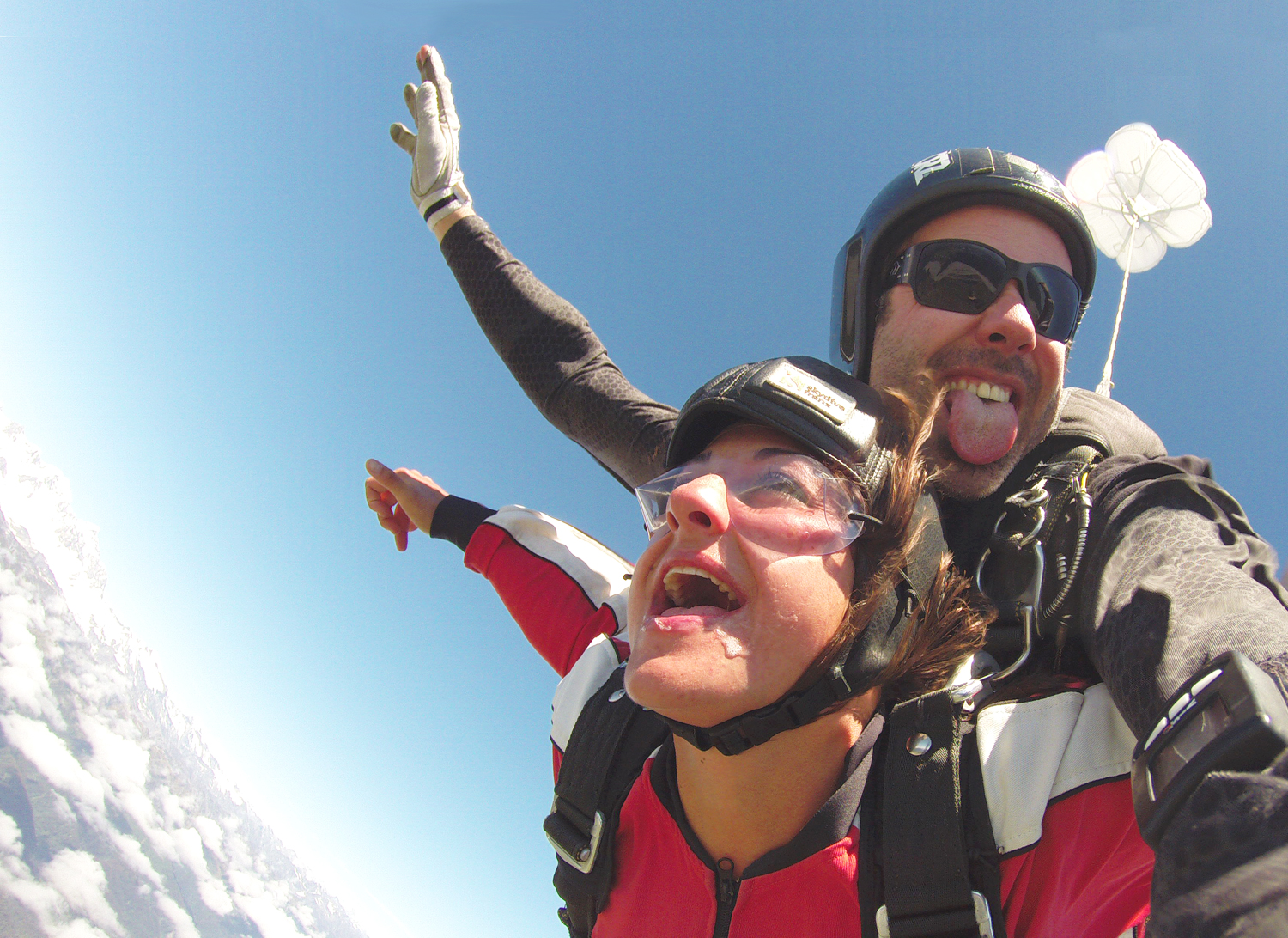 Okay, there’s a story behind this. Isn’t there always? This story starts in May 2014 when I went to a bar in Christchurch to meet someone. And now, nine months later, I jumped out off a plane 19,000 ft above the ground. Just because, back then, I met Rob.

Actually, Rob was not the one I was supposed to meet. I’ll spare you the details. All you need to know is: That night I became a homeless traveller. Out of the blue my comfortable flatmate agreement vanished and staying “home” was not an option, going to a bar instead was. And as I was already invited out anyway, to the bar I went …

I love the idea that every action, every step you take is linked. You are the puppet and the puppeteer. You pull your own strings and these strings become the common thread that runs through your life. Looking back you can recap how the choices you made led you to the right people. These people lead you in the right directions. But it is you who inevitably takes the turns.

In that cold and damp night in late fall I took my turn: out the door, down Madras Street, into Winnie Bagoes. After my second drink – oh how I needed a drink – I met Rob, a friend of a colleague of a colleague, the usual, and as things always seem to work out so Rob became my new flatmate.

Rob is a pilot. Pilots tend to hang out with other aviators. Same with journalists, doctors or morticians – if you go through the same education … anyway. So pilot Rob is best mates with pilot James. Pilot James runs a skydiving business down in Franz Josef, where New Zealand starts to look ridiculously stunning.

In 2010 James founded Skydive Franz. The business model: thrilling tourists on a daily basis by flying them up and then throwing them out of a plane. They offer the highest skydive in the southern hemisphere: 19,000 ft above ground, free fall, free oxygen, no training required. Sounds lovely!

“If you’re ever down at the West Coast …” said Rob in June. „Yeah, let’s see…“ not fully convinced that I wanted to drop to the ground like a rock, „but thanks for the offer.“ I replied.

And here I am, sitting in a tiny plane 19,000 ft above New Zealand’s West Coast, my back tightly tucked to a guy I’ve just met. His name is Dan and he will jump with me. Luckily he’s done this before, half a dozen times today and its only 1 pm. Dan has had the chance to do hundreds of jumps all around the world and right now that’s all I need to know.

One step forward, a turn and what follows are 90 seconds of a mindfucking adrenalin fuelled rush. And a lot of spit on my face that makes me look like the famous flying hooker.

Dan is now my puppeteer. He pulls the string of the parachute and we’re gliding. Nothing I can do about it. I’m not used to being out of control, not in charge of my own life. I feel like a drunken fool, no proper brain function. I babble and babble, more than usual. I tell Dan that I love him. He laughs and says “Thank you”. This is awkward. This is perfect!

Nine months ago I stepped out a door and chose a new direction. This decision led me to 2,5 minutes of pure bliss. 1.5 years ago I met that Tchech guy in Norway. He told me that New Zealand is quite nice and that I should visit someday. Well, that’s another story. I’ll spare you the details.

According to what I said in the video: I DID NOT wear a wingsuit. It was a jump suit. Blame it to the fact that I was about to shit my pants. But that feeling passed quickly, thanks to the very chilled and entertaining skydive guys. If you’re ever happen to be in Franz Josef, stop by Skydive Franz, say hi from me and just jump!

This website uses cookies to improve your experience while you navigate through the website. Out of these, the cookies that are categorized as necessary are stored on your browser as they are essential for the working of basic functionalities of the website. We also use third-party cookies that help us analyze and understand how you use this website. These cookies will be stored in your browser only with your consent. You also have the option to opt-out of these cookies. But opting out of some of these cookies may affect your browsing experience.
Necessary immer aktiv
Necessary cookies are absolutely essential for the website to function properly. These cookies ensure basic functionalities and security features of the website, anonymously.
Functional
Functional cookies help to perform certain functionalities like sharing the content of the website on social media platforms, collect feedbacks, and other third-party features.
Performance
Performance cookies are used to understand and analyze the key performance indexes of the website which helps in delivering a better user experience for the visitors.
Analytics
Analytical cookies are used to understand how visitors interact with the website. These cookies help provide information on metrics the number of visitors, bounce rate, traffic source, etc.
Advertisement
Advertisement cookies are used to provide visitors with relevant ads and marketing campaigns. These cookies track visitors across websites and collect information to provide customized ads.
Others
Other uncategorized cookies are those that are being analyzed and have not been classified into a category as yet.
SPEICHERN & AKZEPTIEREN